What is a Newsie

What it Means to be a Member of Charity Newsies 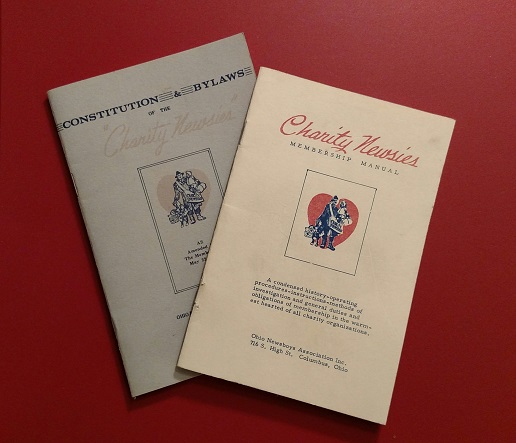 Charity Newsies began in 1907 as three businessmen, George Baker, Harry Shunk and C.C. Philbrick, interrupted their dinner to help a cold little boy sell his newspapers so he could help support his family. They sold the papers shouting out, “it’s all for charity”, and gave the money to the boy. The idea of what they had done resonated with the men. They organized approximately fifty of their friends and associates to sell more papers and help more children. And so it has been for over 100 years that friends and associates sell newspapers on the second Saturday of December to raise money to clothe needy school children in Franklin County.

What sets Charity Newsies apart from other charities in Franklin County is the personal involvement of the members. No other charitable organization in Central Ohio relies so heavily upon volunteers to fulfill its mission. Members donate more than 14,000 hours of their time each year, not including the paper sale.

The 1958 president of Charity Newsies, William Henry Haire, wrote I am a Charity Newsie expressing what it meant to be a member. Several years and a few hundred members later, our Newsies still experience the personal satisfaction of making a difference in the lives of children in need.

♥     Honorary Members
– older than 55 years of age
– unanimous vote of the Board of Trustees to citizens in the community, public officials and national figures for outstanding service to the Association
– dues are waived, however, they make contributions in many other ways – many attend meetings and sell papers on Paper Drive Day

We appreciate everything that they do for Charity Newsies!

Becoming a Member
If you are interested in becoming a Newsie, CLICK HERE to download a membership application and CLICK HERE to find out more about how members get involved to help the children in our community.